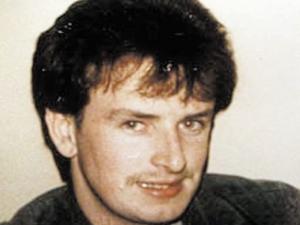 A former soldier learned today (Friday) that he could stand trial in the New Year for the manslaughter of Co Tyrone man Aidan McAnespie.

Mr McAnespie (23) had just walked past an Army checkpoint on the Monaghan Road in Aughnacloy as he made his way to a GAA match in February 1988 when he was shot and killed.

Ex-soldier David Jonathan Holden appeared at Belfast Crown Court today, where he was formally charged with manslaughter and a trial date next January was fixed.

The 51-year old attended via videolink, and after confirming he could see and hear the proceedings, he was charged with unlawfully killing Aidan Martin McAnespie on February 21, 1988.

When he was asked how he pleaded, Holden replied 'not guilty.'

An application to have the charge against the former Grenadier Guardsman quashed was refused by Mr Justice O'Hara in August.

It emerged during today's hearing that a fresh legal application is being launched by the defence.

Explaining this 'abuse of process' application to members of Mr McAnespie's family who also attended via videolink, Mr Justice O'Hara said there were three possible routes that could be taken.

Mr Justice O'Hara said he would hear the 'abuse of process' application in December, but said it was appropriate to fix a date for trial - should it be required - which was then scheduled for Monday January 10, 2022.