DUP has 50 days to deliver over NI Protocol – Jim Allister 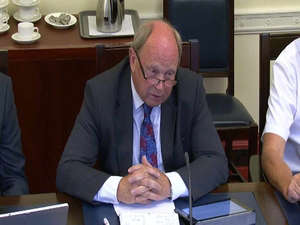 The DUP has 50 days to deliver over the Northern Ireland Protocol, the TUV leader has said.

Jim Allister was speaking after DUP chief Sir Jeffrey Donaldson indicated that he intends to pull his ministers out of the Stormont Executive before November, if his demands on the protocol are not met.

He wants the UK Government to legislate in October to protect Northern Ireland’s place within the UK internal market and avoid a collapse of the powersharing institutions and an early election.

Unionists in Northern Ireland have been vehemently opposed to its terms, regarding it as a border in the Irish Sea.

Sir Jeffrey said he expected the Government to protect Northern Ireland’s place in the UK internal market, pointing out that this was a commitment in the New Decade, New Approach agreement which restored Stormont after a three-year suspension.

Sir Jeffrey’s position, which was set out in a speech on Thursday, was opposed by most of the Stormont parties, even the UUP which is also against the protocol.

Mr Allister said there are 50 days to “see what the DUP’s words are worth”.

“From an ill-considered start of speaking of ‘opportunities’ within the protocol and despising those who wished to keep fighting it, the DUP’s rhetoric has radically changed. Now, with them the issue is proof through delivery,” he said.

“Broader loyalism gets it and has stood firm, putting many elected unionist politicians to shame.

“TUV has led the way in relentless opposition to the protocol and will not weaken.

“The immutable reality is that if the price of Stormont is implementing such self-destruction, then no unionist who cares for more than their salary should be conflicted about what needs to happen.

“I am grateful that realisation may have dawned on some. Now, our job is to keep them to their word.

“It is 50 days until Jeffrey Donaldson’s promised D Day. Then, we will all see and know what DUP words are worth. If an election follows, good. TUV is ready.”